You might be familiar with the Lord’s prayer which asks for us to pray for God’s kingdom to come. What does that mean? Is it just referring to the Almighty’s kingdom? Or is there more to the story? Indeed, the kingdom that will come includes a very special group of people who are chosen to be saints.

This study helps to show that there will be people who are resurrected at the second coming of Christ to help him judge and rule as leaders in a new kingdom or government. It is a new type of government that will be different than any of the kingdoms or governments that we have ever seen on the earth during the course of humanity. Instead, this new kingdom will be governed by righteous purity approved by God and delegated to His son, Jesus Christ, and the 144,000 saints. 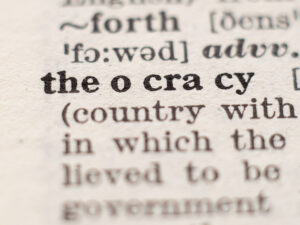 Revelation 14:1-5
There will be 144,000 people redeemed from the earth in a resurrection. Some will be alive at the time of Jesus Christ’s return while others will be asleep. The scriptures describe a resurrection of these saints as “firstfruits” because they are the first people who will ever receive immortality (James 1:18, 1 Corinthians 15:20-23). What does it mean to not be defiled with women? (2 Corinthians 11:2) These are people who have minds and consciences that are clean from false teachings.

Revelation 6:9-11
These souls are given white robes which indicates that they are saints or part of the 144,000. These souls that are before the altar are the same ones who were “asleep” as described in 1 Thessalonians 4:14-16. They are also told to wait for their fellow brethren to be killed.

Revelation 20:4-6
The first resurrection is referring to the 144,000 saints. No mortal man has ever been resurrected to heaven until this future time. Notice, that those who are resurrected in verse 6 are priests and will rule with Christ for a thousand years.

Daniel 7:13,14,18, 22, 27
Christ is our king of the new kingdom to come (Matthew 6:10). Glory, honor, and power are his to fully take at a future time. He will have saints who are also given judgment and authority to help rule the new kingdom.

Contact Us for help and discussion on this topic:

◀Does God Have A Name?
Prayer▶