Christ With God Before the World Began 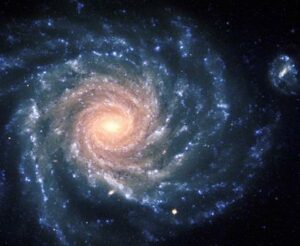 Almighty God (Father) is from everlasting to everlasting (Psalm 90:2). Long before mankind’s time, God devised a plan and created His Only Begotten Son, Jesus, who was the firstborn of every creature. Together, the Father and His Son created everything else in the universe, including mankind, as is evidenced in Genesis 1:26.

After man had been in existence for some time, God sent Jesus to earth to bring a message of hope and a new covenant to mankind. When Jesus completed this job that his Father had given him, he was crucified, raised back to life by his Father, and returned to be with his Father again in heaven, where he had been before coming to earth. To read more about the endearing relationship of Jesus and God His Father (the respect that Jesus has for his own Father, and the delight the Father had in His Son) which began even before the rest of the creation was made, see Proverbs 8:22-36.

4. Christ with God Before the World Began

John 6:38 and 62
Christ went back to where he came from. He came down from heaven and ascended again to where he was before.

John 17:1-5, 24
Christ existed with God before the world was. To exist before the foundation of the world means the Son has been around for a very long time.

Colossians 1:12-18
The Son is the firstborn of every creature. By him and for him were all things made, both in heaven and on the earth. Shows he was involved in the creation. Footnotes: 1 Corinthians 8:6 and John 1:3

Revelation 3:14
God created the Son, the firstborn. Footnote: Revelation 1:5 Shows who this “faithful witness” is.

John 1:14,15 and 18
Christ has seen God and taught about Him. Jesus was conceived by the Father, not by flesh. John the Baptist said Jesus was before he was, although the Bible proves John was born 6 months before him. (see also Luke 1:24-31)

Proverbs 8:22-36
The Son created from the beginning. (Jesus was with the Father, helping with the creation. Footnote: Acts 13: 29-34 Referring to the resurrection. See also Psalm 2.)

Hebrews 2:9
Jesus was with his Father before and then made lower than the angels when he became
flesh and blood.