Anger, Hatred, Our World and How to Overcome 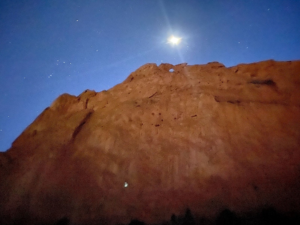 By John Crawmer with Bible Research

While coming home from a fishing trip with my father, the traffic was notably backed up. It was congested and unlike a typical Sunday afternoon. Generally, everyone was following the expected driving considerations, you know, like allowing others to merge into the lane while taking turns. Then, a man in a pick-up truck chose to pull out of his lane and across a double-yellow line and drive straight into oncoming traffic; there could have been a head-on collision. We were still stuck in our lane and the traffic was so heavy that we couldn’t see where he went.

It was such an unusual behavior to observe on a beautiful, Summer afternoon. It got me and my father thinking and wondering. Because we both have lived in the same city for nearly 40 years, and have seen the city grow, with that growth came more traffic. My father hates traffic, as I suppose most people do. While my father is merely irritated with the influx of motorists and poorly timed traffic signals, and waiting at stoplights, I realized that this is the world that we have created.

We have engineered cities based on the demands of humanity and the unsatiated desires of the human mind and heart. Many of these conveniences that we enjoy and the luxuries that we have as commonplace today were really unattainable for thousands of years. The globe has created a macroeconomy that relies on unending consumption. With this consumption typical human traits appear. Maybe you’ve also seen some of these behaviors like the love of money, greed, hatred, selfishness, unholiness, and ungratefulness (2 Timothy 3:1-5).

Among these traits, I also notice hatred and anger. According to the Bible, it’s not wrong to be angry. One of the scriptures says, “When you are angry, do not sin, and be sure to stop being angry before the end of the day.” (Ephesians 4:26)

Have you ever had anger toward another person but settled it in your heart before you went to bed that evening? If not, perhaps this is a new practice to consider integrating into your routine.

How are you behaving toward other believers?

“But I tell you, if you are angry with a brother or sister, you will be judged. If you say bad things to a brother or sister, you will be judged by the council. And if you call someone a fool, you will be in danger of the fire of hell.” (Matthew 5:22) This scripture teaches us how to behave toward our brothers and sisters in Christ. It is a very serious matter to be angry toward a brother and sister because they are called by the Almighty God, and each member of the church is set in order by God which is described in 1 Corinthians chapter 12.

Anger and hatred toward another believer are not acceptable.

What about behaviors toward those who are non-believers?

Paul wrote in Romans 12:18 “Do your best to live in peace with everyone.”

Since we know that anger is not always wise behavior, what are some tools that we can utilize to help us in time of need?

Some experts suggest that we humans should not allow ourselves to get too hungry, angry, lonely, or tired. They call it “HALT” [2], which is an acronym that can help us remember to focus when we are experiencing unfavorable thoughts or have feelings that are causing us to want to behave in ways that are not good.

Whatever tool you choose to help cope with anger, use it!

As the Bible says, “Like a city that is broken into and without walls, so is a person who has no self-control over his spirit.” (Proverbs 25:28) And you probably don’t want that.

The next time you’re driving in heavy traffic and feeling anger or hatred, try this tool to de-escalate your mind and bring calm and peace into your heart: Remember and turn toward the power of the Holy Spirit and Almighty God through His son, Jesus Christ. You might just save a life, including your own.

◀Let Your Light Shine!
Time For A Change—Simple Ways To Make Life Better▶